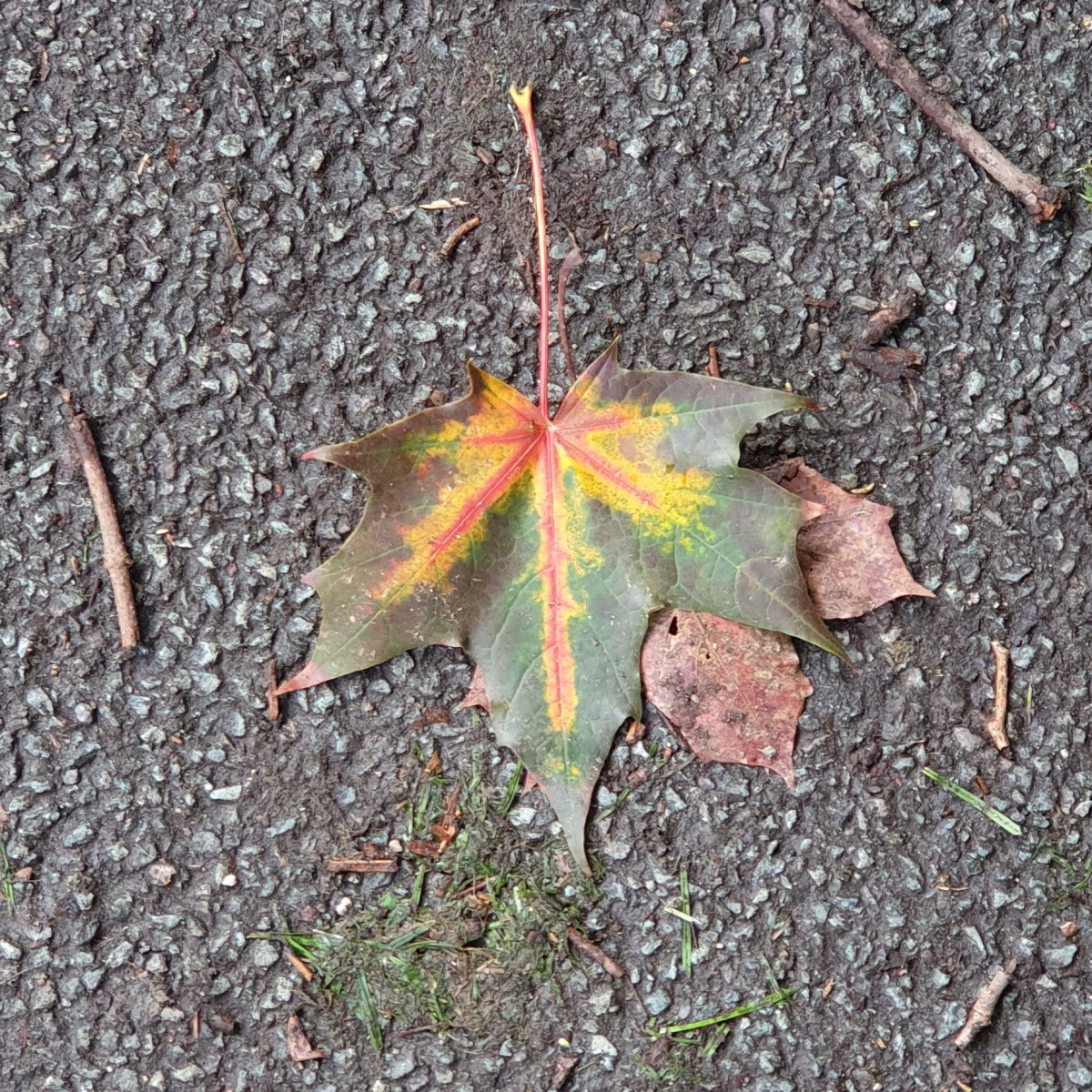 We’re about to be locked down again, so our world isn’t going to broaden any time soon. But we still enjoy our almost daily walks in and around Northenden. And we did have a proper day out, just once, this week.

We walked over to Fletcher Moss Park where Liesel again met up with her WI ladies.

The river was flowing slowly on this occasion, so the kayakers couldn’t just drift along. They probably needed the exercise.

We haven’t seen swans on the Mersey for a long time, so this was a rare treat.

In the park, one of the memorial benches received some love, presumably from the family.

While Liesel chatted with her friends, I took my coffee to the rockery, found a bench in the Sun and read my book. What I didn’t anticipate was having company of my own.

The robin and I had a good chat. I couldn’t apologise enough for not having any food, certainly no mealworm, about my person.

I have a few books on the go at the moment: poems, short stories, non-fiction but no novel, and that is very unusual. So I was pleased when Jyoti recommended a science fiction book that I might enjoy. Thank you!

Walking back home through the park,  we passed a crocus, which is unusual this time of year. It’s jolly lucky we didn’t stomp on it by mistake.

We’re told this is a wild Autumn crocus, new to both of us.

Something else I didn’t expect to see in the park was a bat. Neither a cricket bat nor a vampire bat.

Later on, we saw the herons, two of them, flying up and down the river. Maybe they hadn’t migrated after all. Or maybe they had but didn’t like it there and came home. Anyway, one stopped, waited, watched and finally grabbed for a juicy titbit in the water. He shook his head, but who knows whether he was swallowing a small fish, or just stunned from bashing his beak on the river bed.

We had a good day at Chester Zoo, which I don’t think was as busy as last time. The temperature was perfect. But the animals were not at all cooperative, turning away as soon as they knew I was about to take their picture.

Here are just a few of the animals that we saw, some more easily than others.

The beautifully iridescent Himalayan monal is the national bird of Nepal, and one of the few inmates to turn round and pose for a photo.

Liesel finished her second crochet blanket this week, and it’s a wonderful work of art. It has been exported to Chessington where I hope it lives happily ever after.

While Liesel’s busy crocheting, I can usually be found pursuing one of my interests on the computer. For instance, this week, I completed the ‘How to Read Poetry’ course. It was interesting but very intense and I learned a lot of new words and concepts.

Here’s a pretty leaf
It fell out of a tree
If I’d been there at the wrong time
It might have fell on me.

Yes, I should probably do a ‘How to Write Poetry’ course too.

We wandered over to Gatley under a blue sky. Mostly. Big grey clouds appeared ominously, the temperature dropped a few degrees and we were convinced we’d be rained on before we returned home. But no, our luck held.

We went for another walk, this time through Kenworthy Woods. The apples that we’d planned on sampling have long gone, and the few that remain are a bit moth-eaten, or squirrel-eaten. I left Liesel at the hairdresser where she kept her mask on, and enjoyed her first haircut in over six months.

I’ll never be a big fan of snails, but now that I am not growing plants that they find very nice and very tasty, I can almost admire their beauty.

This week on Radio Northenden, we went to the zoo: a couple of hours of music about zoos, zoo animals or some songs with a very tenuous link to the above. Listen here. Thanks again to Martha and William for helping out. Nobody could ask for better broadcast assistants.

Martha was VIP in her class one day at school, this week. This was because she turned up at school bearing a huge smile. Mummy said she was very proud of Martha. Martha said, ‘I’m proud of me, too. I’m proud of my mouth.’