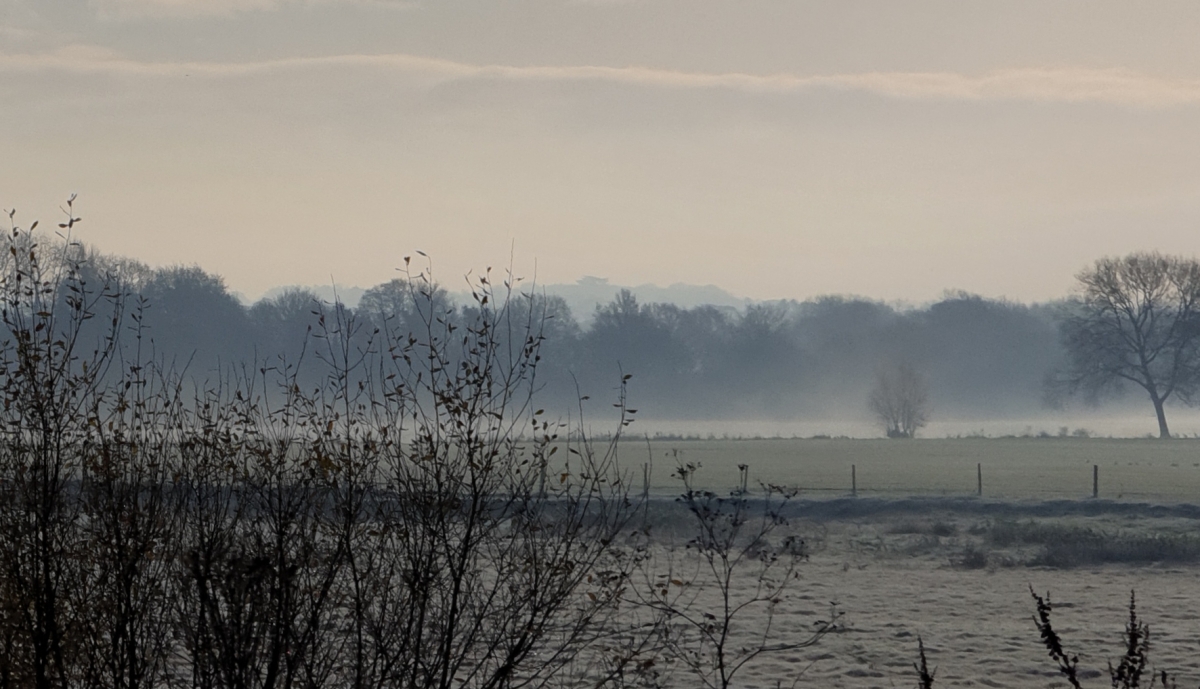 We watched Martha and William swim as usual on a Sunday morning, giving many thumbs-ups, ‘fantastic’ gestures and other signs of encouragement.

Afterwards, we visited the monthly Didsbury Makers’ Market for the first time.

There are a lot of arts and crafts here but we merely came away with bread, cheese, soya-based meat substitute products and, of course, an arm chair. Liesel’s been looking for one in John Lewis and other shops for ages but this one got her attention instantly. She asked the nice lady whether she could sit on it, here and now, in the market, in the middle of the car park.

The chair was delivered to our luxury apartment within a couple of hours, after the market closed, so we now have new furniture: well, second-hand, re-upholstered by the original owner’s granddaughter.

As requested, I went to put the frozen items in the freezer, only to find the door hadn’t been closed properly, so the whole thing was full of frost and ice. We hadn’t anticipated the pleasure of defrosting the freezer today, yet here we were. All the ice that’s disappeared from the Arctic during the last decade or so? It was in our freezer. Sadly, there were no exciting but forgotten food items lurking in the frozen wastes.

Luckily, this appliance was back in working order when Jenny, Martha and William came round to ours for lunch the following day. Spaghetti bolognese had been requested and this was thoroughly enjoyed by us all, especially the children.

They do enjoy playing at our place. But we don’t know which one of them changed the time on Liesel’s alarm clock so that it went off late, the next morning. We’d offered to look after William for an extra day this week while Nana is still recuperating from her lurgy.

Liesel went on her own to start with. I stayed in bed feeling sorry for myself after being woken up with a start: I cricked my neck, pain shot up through the noggin and I had a headache worse than any I’ve had for years. I caught up with Liesel later, though, and William helped us build towers of boxes.

William and I went to collect Martha from nursery. She has a snack there each afternoon but unfortunately, it was still being prepared when we arrived today. Scott the teacher helped by giving Martha an apple and a yogurt.

On the way home, it began to rain. And as the rain fell harder and harder, both children walked slower and slower. By the time we arrived home, both were soaked and upset. The trauma, if any, had been forgotten though by the time we returned for our regular babysitting day.

With William, we visited the Sea Life Aquarium at the Trafford Centre: an indoor venue, out of the rain. Yes, it’s still raining. William slept briefly on the way there and on the way back home. In between, he enjoyed running around, looking at some but ignoring some other ocean-going creatures.

William’s just about big enough to enjoy the play area here, too. And what a tidy little chap: he spent some time returning all the loose balls to the ball pool.

And as if we hadn’t had enough early starts this week: we had an appointment in Chessington for 1pm so that meant leaving Northenden by 8.30, on a cold and frosty morning. More ice to scrape: this time, from the car windows rather than from the freezer. Other than that, cold and crisp is OK and during our fairly easy drive south today, we enjoyed looking at the fields of frost and mist.

Not so entertaining was overtaking this reprobate several times. Why does he keep overtaking us and then slowing down, wondered Liesel?

Because he’s on the phone, of course. I looked it up, but I could find no way to report this dangerous and illegal behaviour. He’ll just get a £30 fine and a slap on the wrist when he kills somebody, probably, so that’s alright, then.

We made good progress, stopping at a service station just once. Good progress until, with less than 10 miles to go, traffic came to a grinding halt on the A308 just before Hampton Court. Still, we arrived at our destination with ten minutes to spare.

It was good to see Dawn again. Liesel and I both had a massage. I had a pedicure and Dawn was very complimentary about my feet: a first for me!

On this occasion, we’re staying at an Airbnb in Ashtead, near Dorking where Liesel has plans.

In the evening, we drove back to Chessington to collect Helen and Steve, whom we hadn’t seen for very nearly a whole week! We went to see St Paul’s Players’ Christmas fund-raising show. But first, we dined and imbibed at the North Star, just over the road from the Parish Hall.

Amanda was very surprised to see us there and we were pleased to see her too, looking vey well.

We’ve seen the story of Robin Hood many times, in many formats, but nothing quite like this performance! It was very good fun. If you’re in Chessington, there are very few chances to catch this show – but please do!

We didn’t buy any raffle tickets but don’t worry, we did contribute to the very good cause, Kingston Young Carers. Kingston’s Mayor, Margaret Thompson, was in attendance. I didn’t recognise her, although we have had exchanges on Facebook in the past. She probably didn’t recognise me, either, to be fair. The local MP, Sir Edward Davey, usually comes along to this event, and even takes part, but this year, he’s in the middle of a General Election campaign.