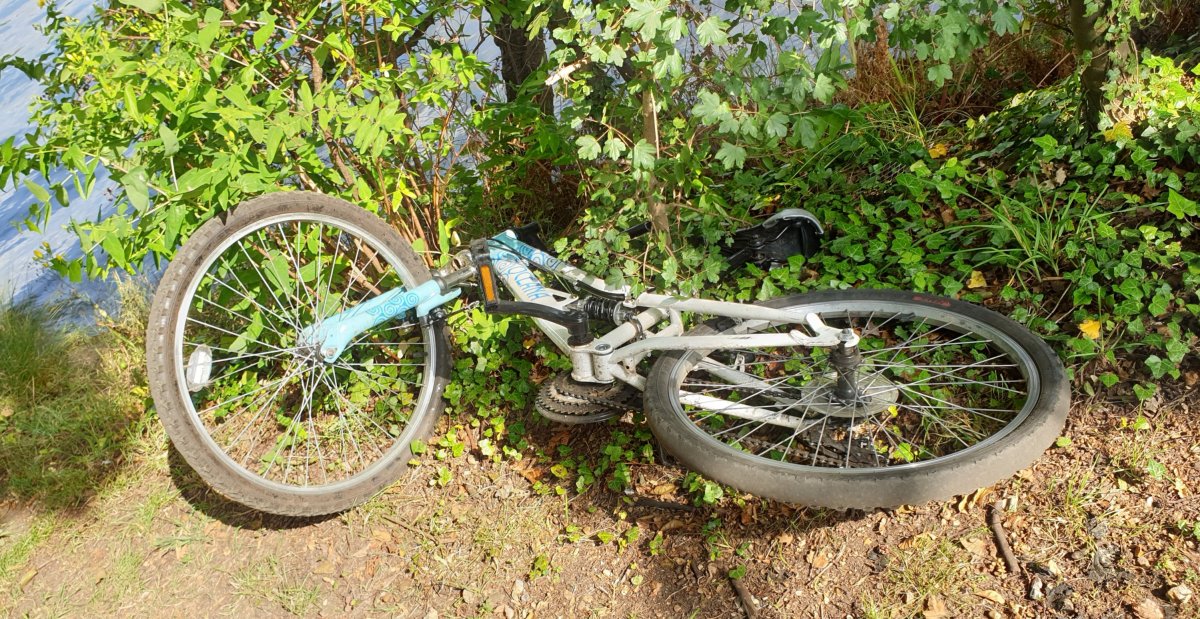 Yesterday I expressed a desire to see a red squirrel. That wish didn’t come true, but we did see a blue one.

We saw this chap just down the road, here in Inverness, one of a series known as The Go Nuts Art Trail, raising funds for the Highlands Hospice. This one’s design is based on Vincent van Gogh’s Starry Night.

Today we were tourists. Our first destination was Brodie Castle, named after the anti-hero from the American TV drama series Homeland. We saw a plume of smoke as we approached Inverness Airport and hoped it wasn’t another terrible incident on the road. No, just a harmless factory of some sort.

But nicer than that is the fact that the runways at Inverness Airport are configured to look like a snowflake when viewed from a suitable height.

Brodie Castle looks alright, so we thought we’d ruin the view by standing in front of it.

Each room had its own guide, and they spoke for up to ten minutes. The tour groups were kept separate of course. But it was quite dark inside. Actually, it was pretty dismal outside too. The library was probably fascinating: I would love to have studied the children’s books in case there were any that I remembered from my own childhood, but there just wasn’t enough light.

What could beat seeing a blue squirrel? Seeing the biggest white rabbit in the whole of Scotland, of course.

The sign said to download an app that would animate this large rodent, but I couldn’t get it to work. The playgrounds on the castle site are fantastic, it would be a great place to bring children, or grandchildren, one day.

We had a nice walk around the grounds but while wandering around inside the castle itself, it started to rain. What a shame. Also, we were too late in the year to see the daffodil collection, put together by Ian Brodie after his awful experiences in the Boer and First World Wars left him with what we now know as PTSD. But if we can’t see thousands of golden daffodils, we can enjoy seeing the biggest monkey puzzle tree we’ve ever seen.

It is a truth universally acknowedged that when Mick and Liesel go travelling in the UK, it is likely to rain. It used to rain when Mick and Sarah bed and breakfasted around the country too. We’ve enjoyed so many picnic lunches inside a car, watching the rain cascade down the windscreen while the windows fog up inside. Oh well, we tell ourselves, while chewing sandwiches in a car, in a car park, again, all this rain is what makes Scotland so beautiful.

According to William Shakepeare, Macbeth, the Thane of Cawdor, resided at Cawdor Castle. Not in real life he didn’t, because the castle wasn’t built until 300 years after Macbeth died.

This isn’t the sort of caravan we anticipated seeing a lot of in Scotland. And no, nor is it our accommodation on this occasion. It’s outside Cawdor Castle, which was the next stop on our tour.

I was dressed in shorts and a t-shirt, as usual, but I did have a waterproof(-ish) jacket on too. The guide in the castle accused me of being dressed inappropriately. I pointed out that I was dressed correctly, it was the weather that was behaving badly.

For a moment, I thought we’d entered an American house.

Too many firearms for one wall. This castle is occupied by one lady for half the year, and the rest of the time, it’s open to us visitors. Again, lots of historic artefacts. But again, I think I enjoyed walking around the gardens more, despite the weather.

There’s a maze in the gardens, but we’re not allowed to enter it. Maybe they’ve lost too many visitors to the minotaur in the centre. We think it’s a minotaur, but we didn’t bring our binoculars with us today. Although they would have been useful as we watched some birds from a distance, finding something tasty on the path nearby. We saw a thrush, some chaffinches and a yellow thing that was too fast to identify.

What a brilliant work of art. From this angle, the sculpture is of a Mum and her baby having a cuddle, but from the other direction, it’s a pair of hands supporting them both. Very clever.

Another record breaker was this iris.

This is the deepest purple iris we’ve ever seen, and it looks spectacular with a few drops of rain water.

On the way back to our b&b, we stopped at Culloden Battlefield. We’d been before, with Liesel’s Mom and Dad, and the place has lost none of its sense of eeriness. We know the terrible story, how many lives were lost senselessly. The grey clouds were perfectly matched the feeling of foreboding.

I went for a walk around the site, trying to avoid the other visitors. To be fair, they probably weren’t that keen on me, either. I found a couple of the memorial stones that we’d missed last time.

This headstone marks the traditional site of a grave locally believed to be the resting place of the MacDonalds who fell in action during the battle. This stone was erected by members of the Clan Donald Society ‘to honour all MacDonalds killed at Culloden and in battle elsewhere’. A sad but salutory reminder of how lucky I am that I’ve never been involved in any conflict.

A very different day today, just pootling around rather than driving a long way to reach a destination. There’s plenty of that still to come of course.

So what’s gone wrong so far? My first injury was incurred yesterday when I was bitten on the ankle by some bug or other. I’d forgotten all about it until this morning after my shower when I noticed the wound was bleeding. The second injury was caused by hard furniture. My shin detected the coffee table in our lounge. It didn’t break the skin but there is a contusion, which, given we’re in Scotland, I’m naming Robert. Robert the Bruise.

As I write, we’re listening to the golden voice of Eddi Reader, but earlier we re-played my radio show from January, the one with Scotland as its theme. The one in which my microphone wasn’t working for a long time. Lots of fabulous Scottish music, but also an embarrassing amount of dead air.