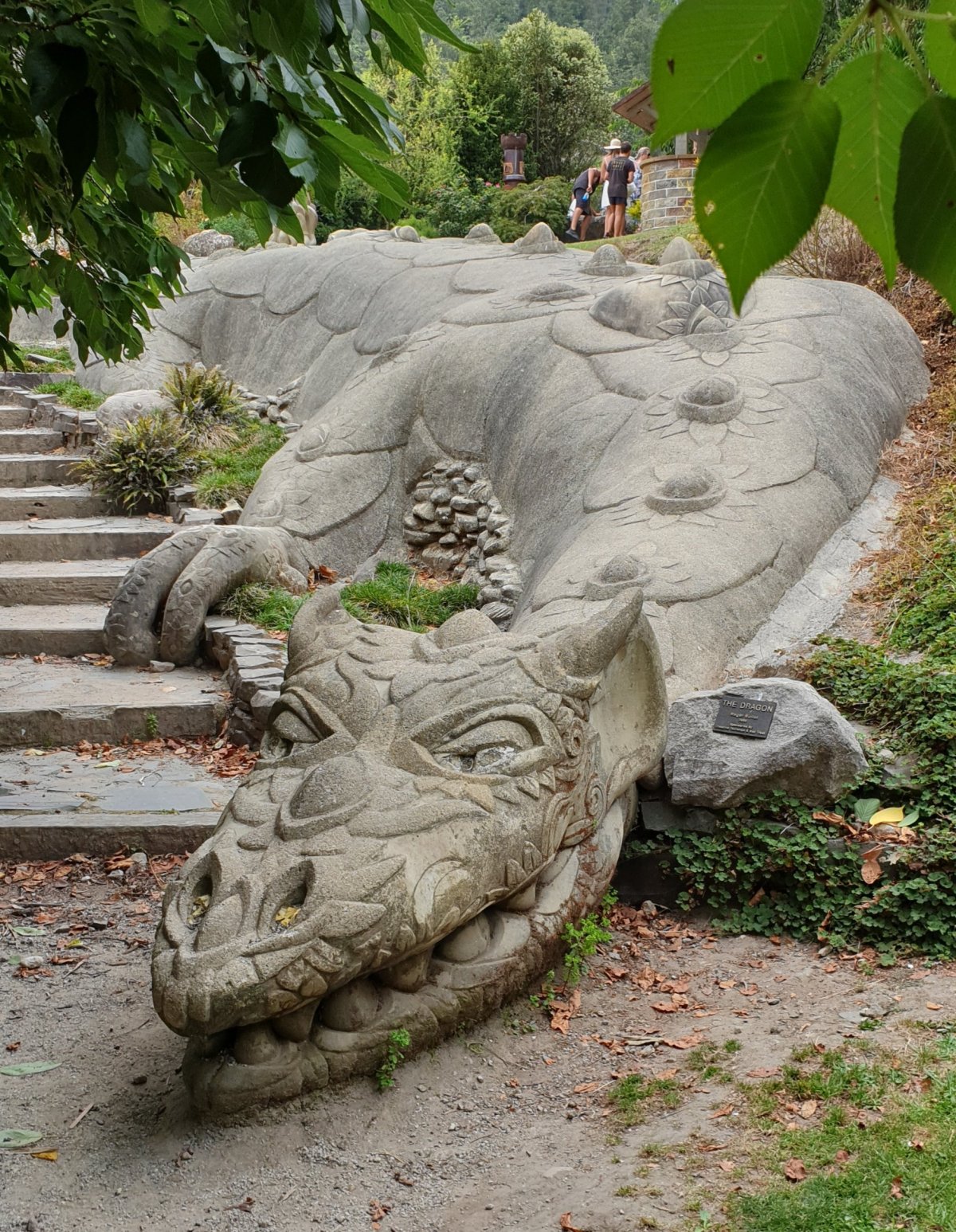 As life slowly begins to return to normal in our local area, we have to remember that for other people in more enlightened parts of the world, the disruption hasn’t been nearly as great. Take my sister in New Zealand, for example. Please, take her! No, she’s a good egg and all through the pandemic, she’s been carrying on pretty much as normal. Last weekend, she and Andrew were out walking, spotting butterflies and bees and enjoying some nice views. A couple of weeks ago, they even went away on holiday, they stayed in a different town. Luxury. For some reason, New Zealanders don’t want to swap prime ministers with us.

This is a beautiful blue view over the water. But, have no fear, we too saw some big water, later in the week. Watch this space. Actually, don’t watch this space, it’ll be more enlightening if you just scroll down. Alternatively, just carry on reading. Forget this interruption. Pretend it doesn’t exist.

Also, Helen in Manly is allowed out and about much more than we’ve been. No idea when we’ll see her again, what with travel restrictions plus the requirement to isolate on arriving in the UK and/or back in Australia. Last week, she and Adam went to see Hamilton, the musical, in Sydney.

Well, I think this is Helen and Adam, behind the masks, and it’s good to see the theatres open.

…even if it is just his image on a small plastic bag which presumably, earlier, contained a few grammes of ganja. Do you buy that stuff in grammes? Or does it still come in eighths of an ounce? Anyway, this is just one example of the drug paraphernalia we find littering the otherwise pristine streets of Northenden. Nitrous oxide gas canisters are probably the most popular item around here.

We visited Quarry Bank Mill, again for the first time in several months. And by chance, we bumped into Jenny and Liam and Martha and William. Coincidence? No, a carefully coordinated meeting, I think because we all (cynically?) want to take advantage of the limited freedom before the third wave of Covid forces a further period of lockdown.

We all enjoyed a nice, warm sunny walk here, including a picnic lunch. The venue wasn’t too busy either, we never felt intimidated by the presence of too many other people. I suspect that venturing into a busy city centre on a Saturday afternoon might be more challenging, when that opportunity presents itself.

Martha and William climbed a tree, it had very low branches. Martha and I discussed the nature of branches and sticks, and what is the cut-off point?

William has a marvellous sense of adventure. We were following a path that took us slowly down towards the river, on a slight gradient with very-nearly hairpin bends. That wasn’t good enough for William. He wanted to climb down the steepest possible slope.

Online entertainment this week included a Manchester Literature Festival event, a fascinating chat between Kazuo Ishiguro and Jackie Kay. I enjoyed hearing Kazuo’s latest novel, Klara and the Sun, serialised on radio recently, so it was interesting to hear him speaking about it.

Here is the latest in our occasional series of strange things found on the pavement in Northenden.

Someone over the road will be wondering why their landline isn’t working any more. It looks like the phone cable may have been severed from its anchoring point by the crew working on the roof.

Liesel and I went to the seaside, again, our first visit for a very long time. Formby was very pleasant. The tide was miles out, possibly literally. I walked towards the water’s edge but it still appeared miles away when I encountered too much wet sand with too many puddles to negotiate. So, a very long beach and a very wide beach and, being a weekday, a very empty beach. So what did we do? We picked a couple of bags of litter and received a couple of supportive comments from passers-by. But a couple of dog-walkers seemed surprised that their charges had done something entirely natural ‘while they weren’t watching’.

We had our second picnic lunch of the week, on the dunes. Why can we never go hungry on a beach? Because of all the sand which is there. I went for a longer walk than Liesel and leapt a few inches in the air when a horse galloped past suddenly and very close.

Liesel: Why are you stomping?
Mick: To make sure my pedometer counts every step. Sometimes it doesn’t register if I just walk normally, and it definitely doesn’t count when I’m just dawdling, like when we’re picking up litter or when we’re moving slowly through a museum or gallery, very, very slowly studying all the exhibits.
Liesel: Oh.

Yes, we were in Formby on St George’s Day. Someone on Twitter asked whether I’d been leaning on a lamppost. And, yes, I had! I had to lean against something while I shook the sand from my sandals.

This week’s radio show was entitled ‘Same Title, Different Song’. I didn’t play all ten songs that I found called Tonight but I did play a few. You can listen back here to those and many other songs that have the same titles as each other.

Sorry to say, we were so engrossed by the latest series of Keeping Faith on TV, that we just couldn’t wait for a whole week, so we binge-watched the last few episodes on the BBC iPlayer. Unfortunately, Line of Duty is not available on the iPlayer, so we have to wait seven very long days for each new episode. We’ve also started re-watching Torchwood. Yes, even when we do stay in, we know how to have a good time!