A very lazy morning: I ate breakfast while messing up a Sudoku puzzle. In the afternoon, I walked to the coffee shop and back, enjoying the sunshine but not so much the cold. It’s borderline right now: too cold without a jacket, too warm with it.

It’s Socktober: a campaign to donate socks to homeless people. Elsewhere it’s Inktober, a challenge for artists all around the world to draw an ink picture every day and post it online. And it’s Stoptober, the campaign in England to help people give up smoking. But I like Socktober as a word…

After dinner, we went to Aaron and Jodi’s. They were packing for their trip to New Orleans. Asa and Gideon went to bed after we watched a couple of episodes of Flight of the Conchords on TV.

Gideon likes to go to Campfire, the big breakfast party at school. Which is fine, except that it starts at half past seven. Far too early for civilised people. Liesel drove him while I stayed behind to look after Asa, who then walked to school on his own.

Liesel had another physio appointment and we walked there as it’s not too far from the house. We took the dog, Zipper with us, and while Liesel was being treated, Zipper and I found the coastal trail. Zipper pulled a lot and sniffed everything. I didn’t.

Someone had a placard in their front yard which I thought was quite sad.

After meeting up with Liesel again, we walked home via a baker slash coffee shop that we’d been to before: Fire Island: On the way, we passed dear old Star, the reindeer. Not the same Star that was here before, apparently. Like the good Doctor, Star regenerates every few years.

It’s a pity he, she or it has to be behind such a dense fence though, with just a small area of dirty perspex to look through.

But we did like this park bench, seemingly inspired by Vincent van Gogh.

At Fire Island, we had a second, late breakfast.

In the evening, we took Gideon to play Futsal. He and his team wear the red shirts of England, hooray! It’s an indoor version of soccer, similar to 5-a-side football that I was no good at, at school. The indoor court is probably about the same size as a basketball court. The ball is smaller and less bouncy than a soccer ball and the goals are smaller too. But there are still five players on a team.

Klaus and Leslie met us there to look after the boys while Liesel and I went out for a Thai meal with Bob and Margot. Bob was Liesel’s boss in Anchorage until I dragged her kicking and screaming away to London. It was good to see them again, and Liesel and Bob caught up on news of many old acquaintances.

We collected our charges from their Opa and Oma. I read Gid the first chapter of The Wolf Book after which he pretended to be asleep.

My Dad had a Vauxhall Viva with the number THO666H, and you can imagine what teenage me and my sister thought of that! It was seen on TV once. No, not as a getaway vehicle on Crimewatch. More innocently, in the car park at Epsom races.

And here is the optical illusion of the day. I’ve seen it posted several times on Twitter and Facebook recently, so here it is, just so you know what you’re missing. 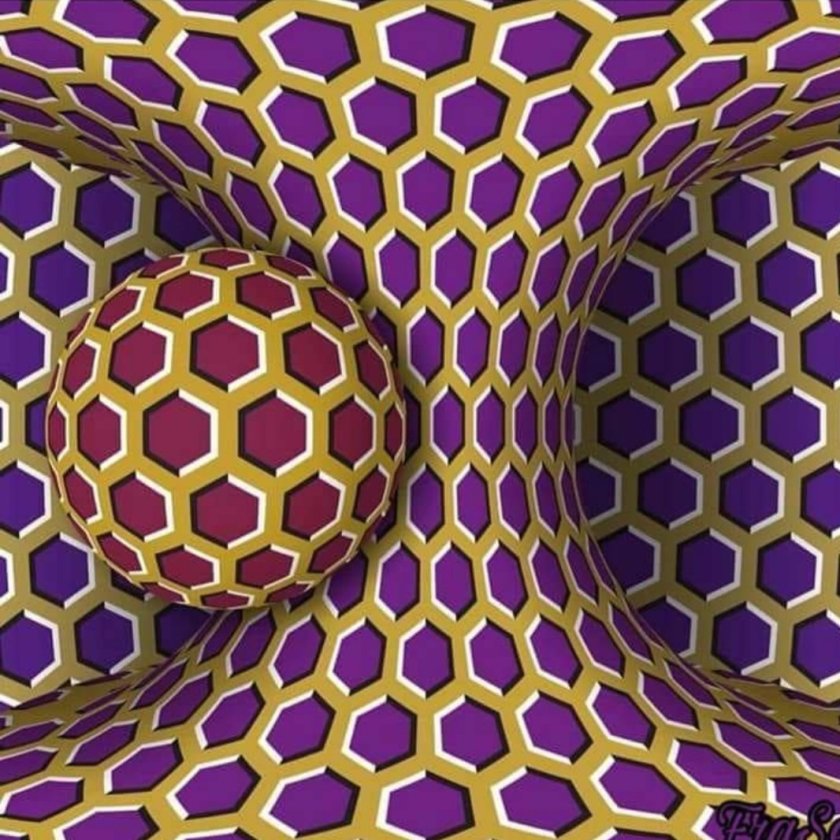