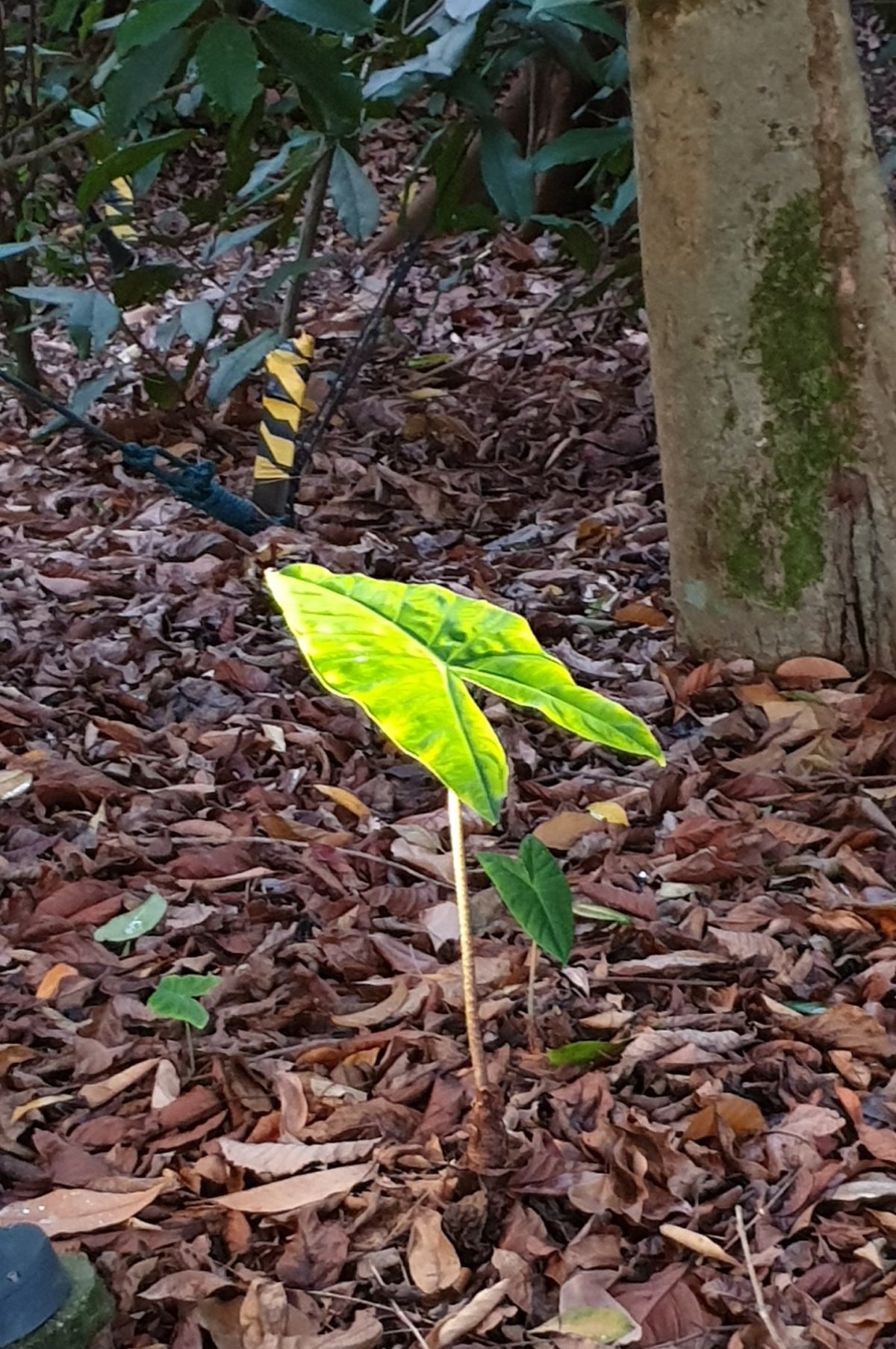 We landed at Changi Airport and, for the first time ever, we were going to venture out into the wider city/state. Not the first time for Jyoti though: she’d lived here for a while as a youngster.

The taxi took us to our new Airbnb and for such a small island, it seemed to take a really long time. Singapore is just a small red dot of an island off the southern tip of the Malay peninsula. Surely is should only take five minutes to reach anywhere on the island? But, it’s nearly twice the size of the Isle of Wight and that can takes a while to traverse too. I think we (I) were (was) tired from the flight with no sleep, desperate to be horizontal, push up some zzzz.

We finally arrived at our new luxuriously spacious studio apartment. Shirley, our host, met us at the door, and showed us round.

At last, all ready for bed, teeth cleaned, lights out, and what’s this?

It’s like Houston Mission Control over there, all the lights and LEDs from the TV, the wifi router and all the other electronic gallimaufry.

Jyoti makes no bones about the fact that she is here primarily for the food. Liesel goes bananas at the mention of food too. Finding somewhere to eat is as easy as pie. Our first breakfast was Indian: dosa masala. Huge. And a mango lassi. For breakfast.

This is one area that she knows well from many years ago. The journey by train was easy enough and a good way to do some quick sight-seeing.

Following the purchase of probably the most expensive phone in this sector of the galaxy, we went for a walk, shops, lunch, and on to the National Museum of Singapore.

Lunch? For me, the most disappointing meal ever. The picture and description made it look good. Kaya toast is a local favourite. The toast and coconut jam was ok. The boiled eggs were yucky, runny whites, and the tea was too sweet, probably made with condensed milk. The picture on the menu still looks like two halves of a hard-boiled egg to me. The official description is ‘half-boiled’. Just serve up raw eggs and be open about it!

I consoled myself with a pineapple and sour plum smoothie. And later, an apple.

The Museum was fascinating (and cool), the whole history of Singapura through British colonisation to full independence in 1965 and remarkable economic and cultural success since then.

In the evening, we went for a walk in the Botanic Gardens. We’re just one degree north of the equator here and I’m not sure the seasons match what we’re used to. The gardens were lovely, but there were very few flowers, not what you would call a colourful place.

The path was well-made and the only one that had cobbles and bumpy stones was named the “Reflexology Path” and I thought, what a clever bit of marketing.

We entered the area comprising the Singapore Botanic Gardens UNESCO World Heritage Site. I don’t know what’s wrong with the rest of the gardens: it’s not like they’re all weeds or something.

The Evolutuion area was interesting: ammonites embedded in the path, petrified trees and a small homage to Stonehenge.

There’s an area dedicated to plants used for medicinal purposes, another with aromatic plants, and a whole lot more that we didn’t have time, nor legs, to visit.

As we turned one corner, we saw a bird run across the path into the bushes. It wasn’t going to be a kiwi this time, obviously, but we thought it might be something exotic and interesting. As I watched, in the shadow under the bush, I realised the bird was feeding three chicks, clearing back the leaf litter, letting the little ones peck at their own food. Only when she emerged from the shadows did we realise how exciting our find wasn’t.

I know Jyoti’s only little, but look at the size of these leaves. we know where to go should we need an umbrella.

I was sad to learn only recently that Dean Ford, the lead singer with Marmalade had died at the end of last year. I think their best song was Reflections of my Life. The lyrics include the following:

The world is a bad place

A bad place, a terrible place to live

Yes, the world can be a pretty scary place. On our travels, we’ve seen signs warning us of earthquakes, tsunamis, snakes, sharks and now, today, this:

We should have donned our hard hats for this garden, not our flimsy sun hats.

Back in the city centre (actually, the whole country seems to be city centre), we visited one of Jyoti’s favourite restaurants from 1947, Komala Vilas.

It was very popular, very busy and we had to wait a short while for a table. Dosa for breakfast, and now, dosa for supper. Huge things.

We shared the three but, needless to say, none of us could finish. Trying to eat one-handed is a challenge: you’re not supposed to use your left hand while eating. Unless you’re using a fork, which is a handy get-out clause. I would have liked a knife too, I am British, don’tcha know, but a second implement, if available at all, always seems to be a spoon. The lady at the table next to ours was entertained by us, but in the end, we made eye contact and she smiled. Her husband, though, adept at one-handed eating as he was, was a messy pig. No, not pig, that’s inappropriate. He was a very messy eater.

We were in an area named Little India so it was no surprise to pass by a Chinese Theatre performance on the way back to the station.

We returned to our luxuriously spacious studio apartment where we cooled down in the shower and retired to bed. You think my description of the place is exaggerated? Nope.

We’d walked over ten miles today, far too much for Liesel, so we agreed to take it easy the next day.

One thought on “Singapore (Part 1)”