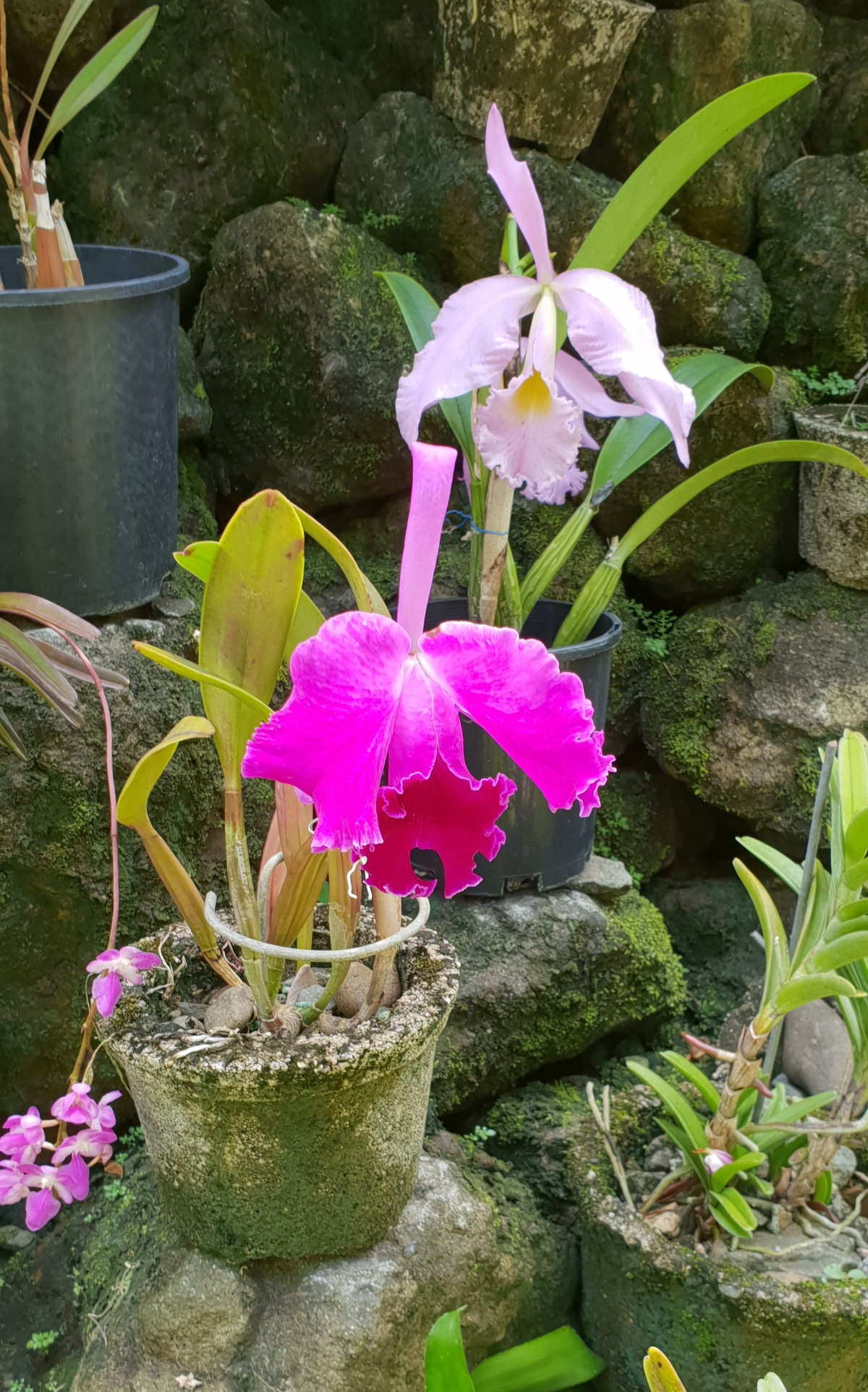 I think we’re sleeping better here than we did in Pacific Harbour. The air is cooled at night and it feels much less humid. On the other hand, I wonder whether too much aircon has caused problems for Liesel? She wasn’t feeling all that well, something like a cold, a sore throat, a bit tired, so we started Sunday very slowly. In the end, she didn’t leave the house but I thought I’d have a quick walk to the nearby beach. Well, it wasn’t as close as I thought, and I couldn’t walk round in a loop as planned, I had to come back the same way. But even so, I managed to take a wrong turning and waste over twenty minutes walking in unshaded sunshine, with no umbrella.

Many taxi drivers passed by and asked if I needed a ride. “No thank you,” I replied, “I’m British, don’t you know, I’ll manage.”

I wish I had taken one up on his offer though. Cynical me thought they were just opportunistically taking advantage of a hot and bothered white guy. The more reasonable me accepts that they were offering an acceptable, valuable service to a guest in their ‘hood.

On the way home, being hungry and thirsty, I bought a huge bottle of water, a huuuge bottle of 7-Up and a tub of chocolate ice cream. A perfectly balanced diet. I was refreshed by a cold shower and enjoyed my lie down.

Despite everything, we decided to hire a car, so we took a taxi to the airport to collect a 40-year old red thing with more dents in it than a sheet of corrugated iron. It’s so old, the indicators/lights and windscreen wiper stalks are on the wrong side of the steering column! It goes, sort of, and it stops. It’ll do us a week and we hope not too many bits fall off on the bumpy roads. Bits have fallen off and I have documented these photographically.

Our first trip in our new wheels was to Momi, south of Nadi. The main street in Nadi itself has recently become one-way and not all the road markings and signs have been put in place yet. So, if the locals are confused, what about us? And what about Google Maps?

We were going to the Marriott Resort where we met up with friends of Helen’s and Adam’s. Silvano and Katrin manage the hotel and live there with their children Matteo and Federica. We had a nice chat and of course, photos had to be taken!

It is a lovely resort. We spent the afternoon by the pool, looking out over the ocean, enjoying a cocktail, and if we were staying, we would have watched the Sun set over the Pacific. Adam spent some time here a couple of years ago when the building was being completed.

Sitar is the name of the Indian Thai restaurant just round the corner from us. I had Indian, Liesel had Thai, the waitress had a three-month old baby and this was her first day back at work, poor thing.

The internet died. Yes, mid tweet and mid-TV programme, suddenly the portable wifi said there was no signal. What it really meant was that we’d used up our bytes allocation and we needed to top-up. So, back to the airport again, back to Vodafone, topped up, lovely. Can they unlock the device so we can use it in other countries? No, but there’s a dodgy shop in the High Street that can do that sort of thing.

We drove (Liesel was driving despite still being a bit out of sorts) to the Garden of the Sleeping Giant. The main road was a good surface, but the final few miles along a gravelly, rocky road was a little scary, especially when buses drove fast right up to our bumper. “How’s my driving?” asked the back of one van. Well, slow down a bit so I can make a note of your telephone number!

The Garden is nestled in its own shady, mountain valley with acres of orchids and flowering plants. It was a lovely way to appreciate Fiji’s unique tropical beauty. The colours were stunning, almost as vivid as the colours I saw following my eye surgery.

The Garden was founded by Raymond Burr, aka Ironside, aka Perry Mason, to house his own orchids. His plans to retire here were thwarted by ill health. 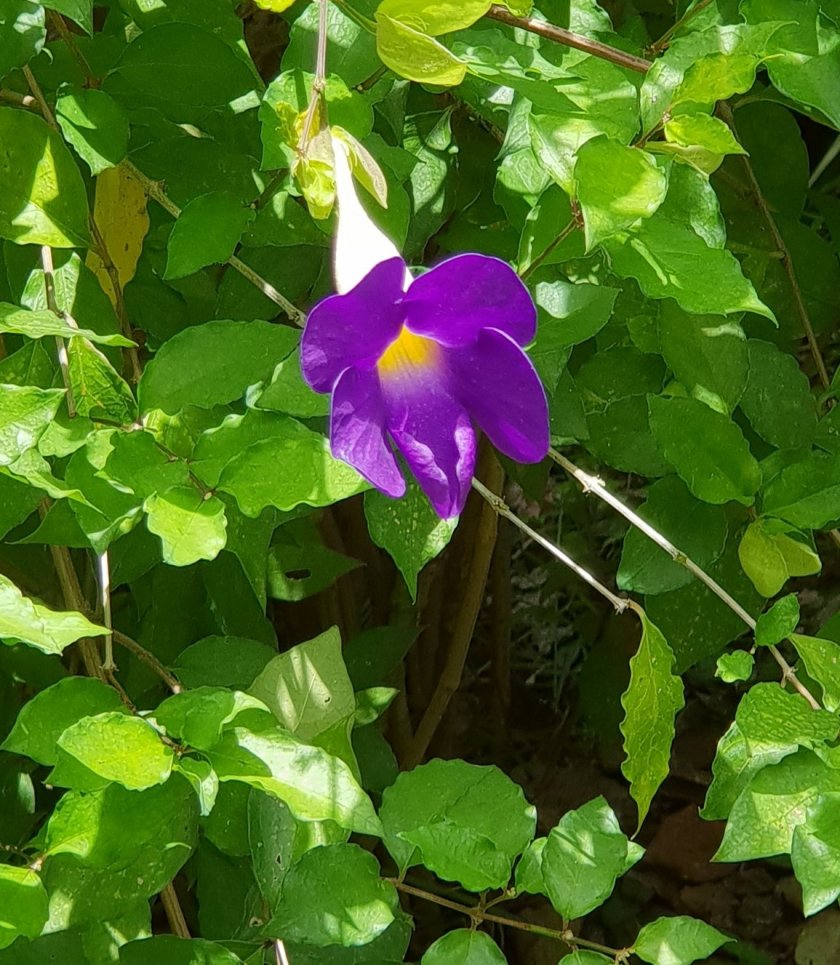 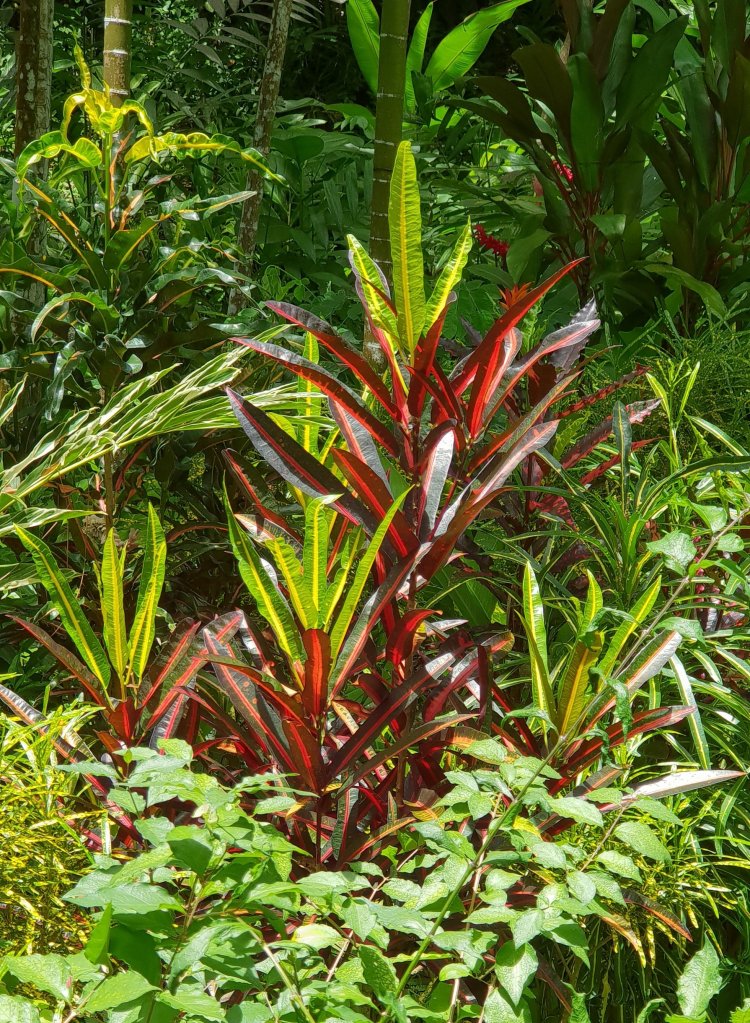 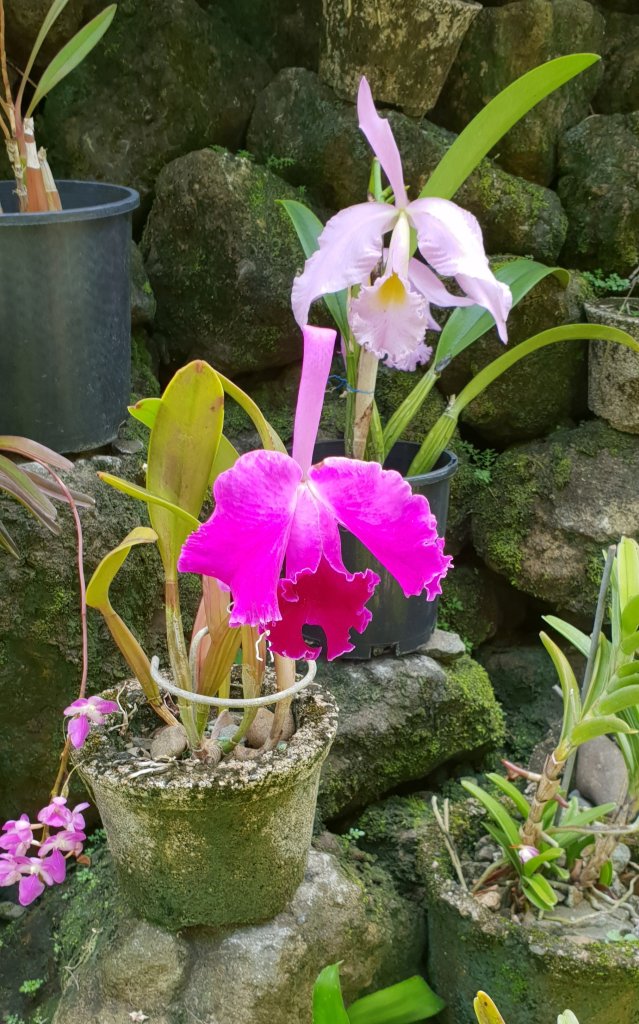 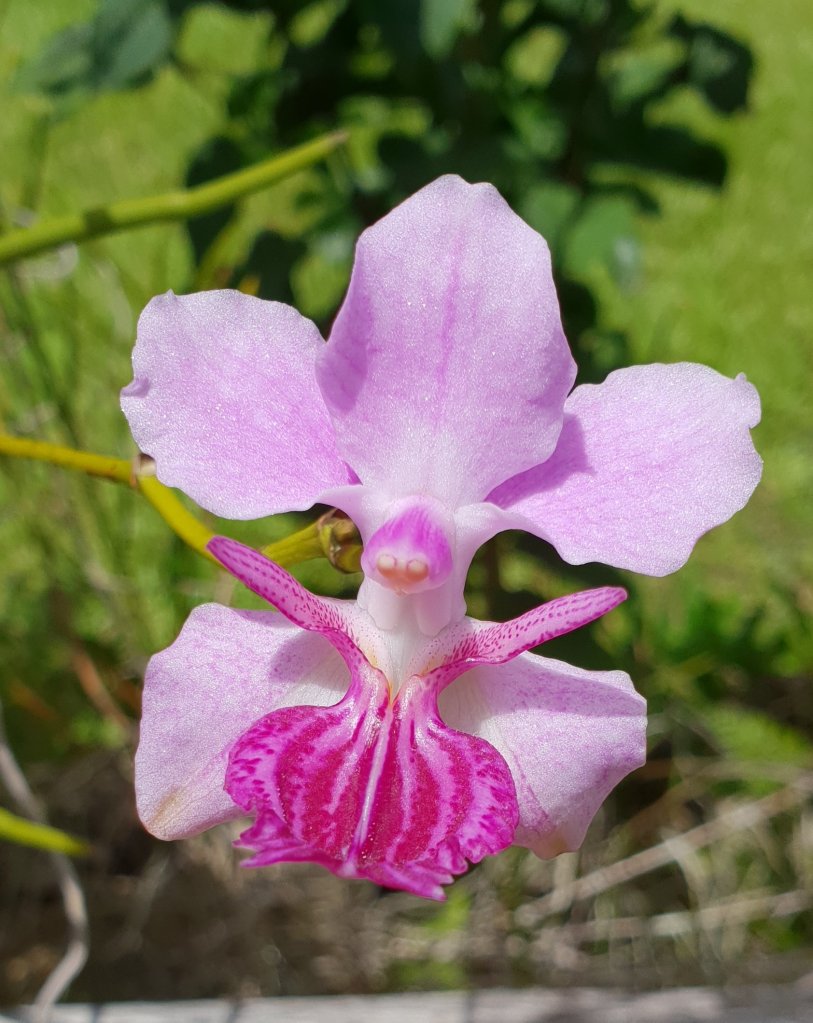 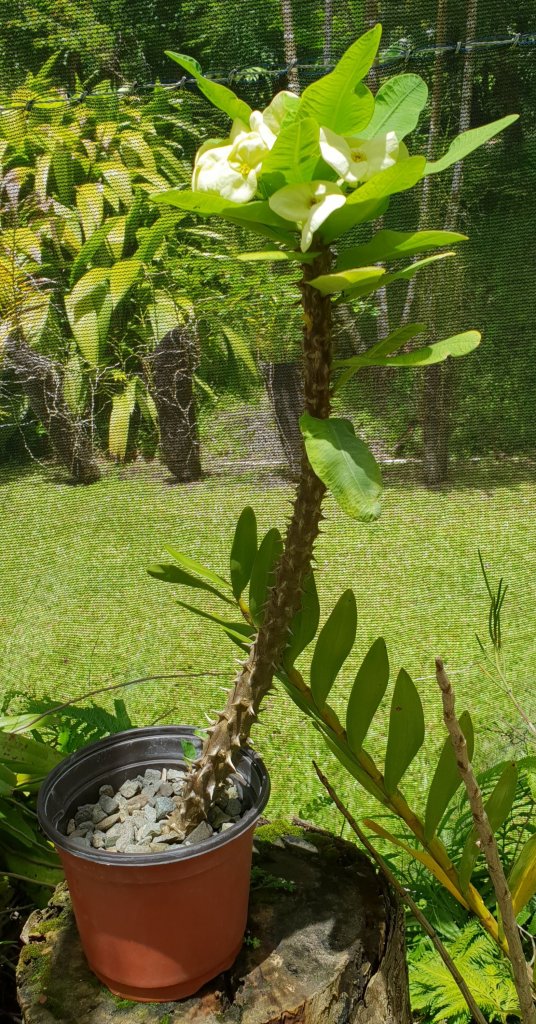 After the walk, we welcomed the ice-cold tropical fruit drinks, which we enjoyed in the breeze, in the shade and yes, it would have been so easy to drift off…

Animal corner. Dogs. There are loads of dogs running wild here. Literally running along the roads at very high speeds. They take no notice of us which is just how we like it. Cattle. They stand around in fields or walk slowly across the road in front of you. Goats. We’ve heard more than we’ve seen but there are plenty around. Cats. Not so many but there’s one in the shade of the house opposite us. Water buffalo. Always good to see something unusual and exotic, but they don’t do much, do they! Donkeys. Haven’t seen a single one, which is surprising. Horses. we’ve seen a few, even a foal, and a couple being ridden. Chickens. We haven’t seen any cross the road, but they’re by the side. Ducks. We’ve seen a few but then again, too few to mention, and I think I know why.

In the afternoon, I went round the corner to the shops again. My name is Mick. I am a coffeeholic. I found a coffee shop and I couldn’t resist going in for a coffee. Pleased to see the roadworks are making progress between our house and the shops, though.

Meanwhile, what were you doing, Liesel?

What a treat I had today, my Airbnb host, Sharon, offered to teach me to cook a couple of dishes using seasonal Indo-Fijian veggies. How often does an invitation like this occur? I jumped at the chance.

She took me to the local farmers’ market to buy the veggies.

Bhaji is similar to spinach. We made two dishes. The 1st was blanched, then chilled and a sesame-soy dressing added. 2nd was stir fried with garlic and chili.

Ladyfingers a/k/a okra. I’ve never cooked okra as I have some recollection that if cooked wrong it is a slimy mess.

We blanched and chilled these too then dipped them into the sesame soy dressing.

A second batch we battered in a simple tempura coating a fried.

I’m pleased to report nothing was slimy. I quite like ladyfingers.

All four dishes were delicious. We ate well tonight.